the course select music has been my alarm for like a decade and it always puts me in a good mood!

favourite pokemon: sentret! it's incredibly cute and rotund. if i lived in the pokemon world i would want to be surrounded

favourite character: ingo! his story is incredibly touching to me and verrrry similar to another favourite character of mine. he's one of the only characters i've ever considered to be a "comfort character" for me... it's very complex to explain but he came back into my life exactly when i needed him. i've always loved trains and railroads since i was little so that's another reason i adore him.

second favourite character: grimsley! he's really strange but charming. i wish the humans in pokemon got more development, because i would love to know more about him! but for now,

i can always make up stories in my head.

pokemon is a well known rpg series originally made for the gameboy in 1996. it allows you to befriend, travel, and battle with cool creatures.

i actually got into pokemon way later than most (2012)

and the first two games i played on emulator were emerald and red. later that year i found a copy of platinum and i was addicted after that, although i wasn't able to beat the elite four i spent tons of time on the game. the next year for my birthday i got white 2 which became the first pokemon game i beat 100% and the only one i've ever completed the entire pokedex for. in 2013, i also played a bootleg known as "vietnamese crystal" in which the translation is poorly done and very hilarious. every pokemon was mistranslated - "oud kee" comes from sentret's entry!

i also really enjoy the human characters of pokemon - although they aren't super deep or immediately interesting, i love their designs and themes, and i enjoy thinking about how these characters might be in a more fleshed-out pokemon world outside of the games they come from. 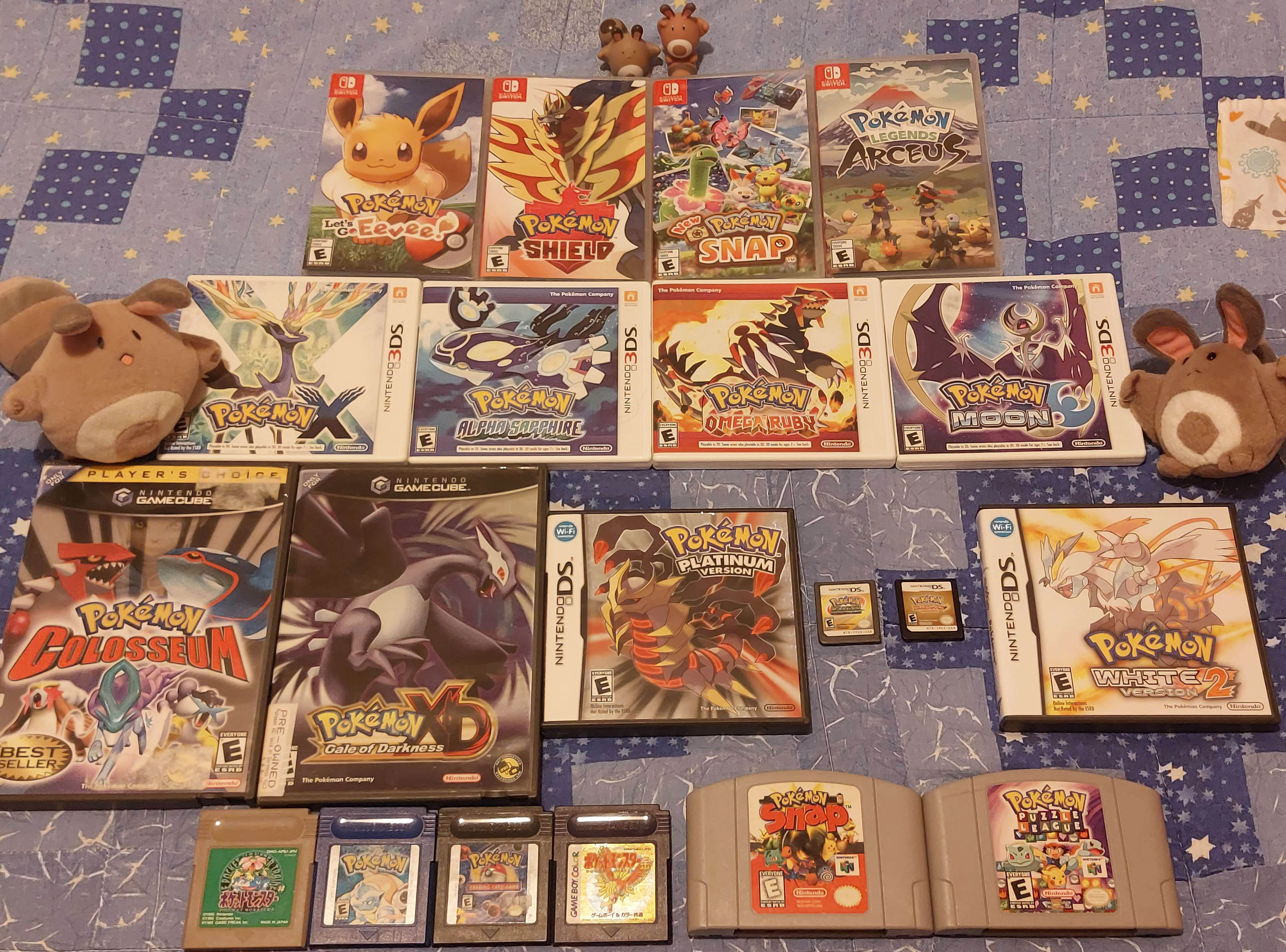 this is my pokemon games collection! i'm very proud of it. the two gamecube games are technically on loan from my friend and have been for like... six or seven years... but i still consider them part of the family!