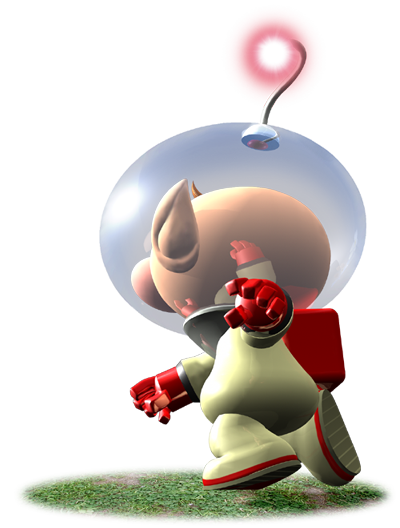 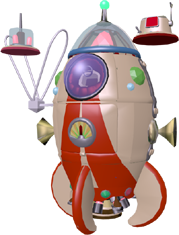 My name is Captain Olimar. I've crash-landed on a strange planet.

My ship is in pieces - my only hope for survival lies with odd creatures I call Pikmin...
LINKS
Official Site
Official Site (2)

pikmin is a real time strategy game from 2001 originally designed to test the limits of nintendo's newest console, the gamecube. it follows the story of captain olimar, a space freight captain who collided with an asteroid on his way home and is stuck on a strange, alien planet for the remaining 30 days of his life support system. he befriends a plant creature and calls them "pikmin", teaches them how to fight and fend for themselves while also using their help to rebuild his ship.

this was the very first console game i ever played, and had a huge impact on me. olimar's poetic and curious nature always intrigued me (in spite of his journal entries basically hinting at the fact he gets scammed constantly), and i loved exploring the landscapes and creatures the game had to offer. i actually learned basic math and time strategy through this game! it's very important to me and i would say its aesthetic is my absolute favourite out of any game i've ever played.

the second game was also very influential, though i don't regard it as AS much of a masterpiece. the second game revolves around olimar having gotten home only to find out his company sold his ship, and he has to go back to the planet he was stranded on to collect "treasure" to repay the company debt alongside his subordinate, louie. the second game has much more content and some really interesting programming choices, such as randomized sub-ground levels and even randomized music sequences.

i do hold the second game very dear to my heart as well, but it's not quite as good as the first. it's definitely not as glitchy as the first game was, having been one of the first games built for the gamecube, but it has its fair share of weak points - the two biggest weak points for me are the lack of time limit, and olimar's odd characterization as a genius - even though in the first game he openly talked about getting conned into buying things he didn't really need.

there are three further games - pikmin 3 and hey! pikmin i have unfortunately not played a lot of due to not having time (and i get a bit frustrated when my pikmin die because i've been doing no-death-runs on the first two games over and over since 2009). the third game, a mobile game titled pikmin bloom, on the other hand is relaxing and fun and allows me to collect cute pikmin with hats and costumes, so i love it a lot. there is also pikmin content in nintendo land for the wii u, which i haven't played, and the smash bros games, which i also haven't played extensively because i'm not good at fighting games. but when i have to play it with friends i always do pick olimar because who else would i pick? 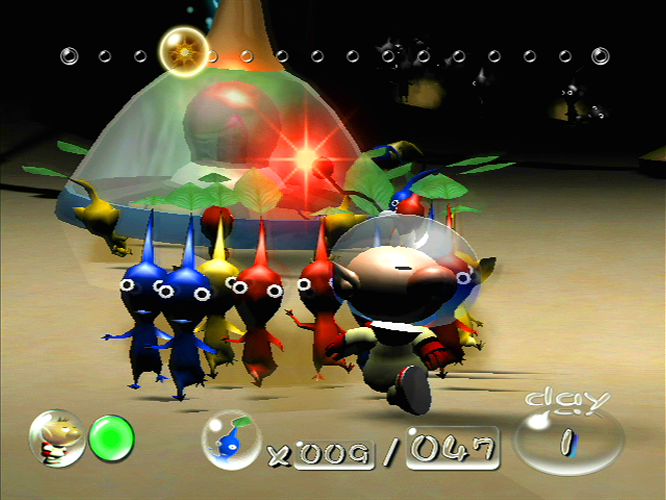 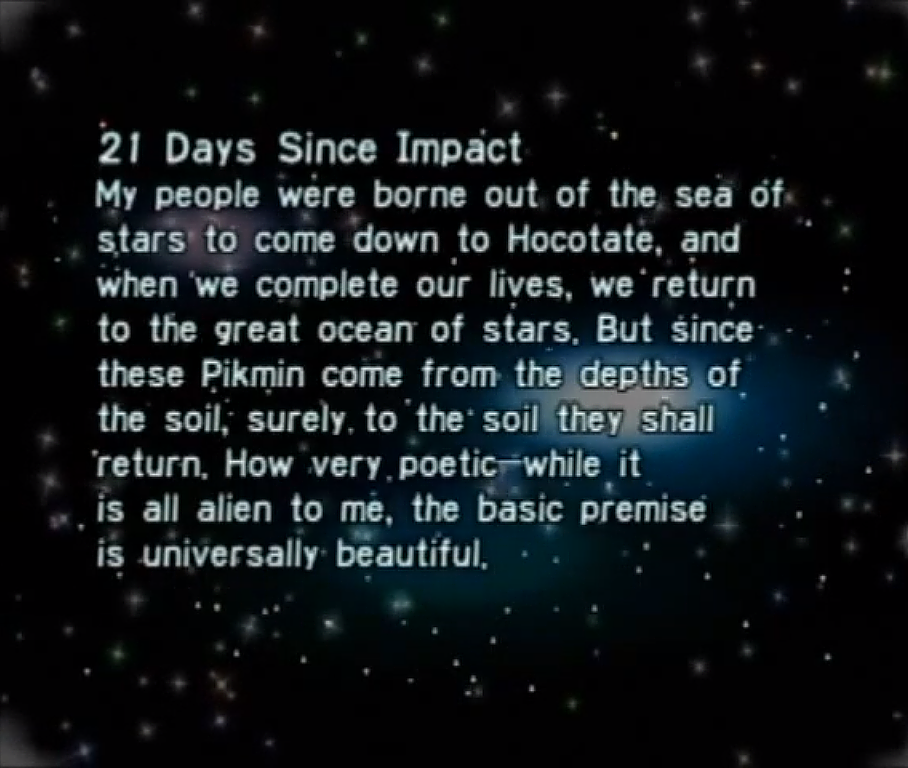